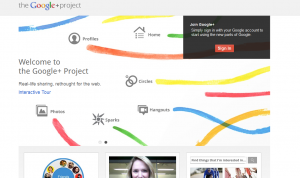 Google Plus (officially spelled Google+) is The Big G’s answer to Facebook. It’s not the first time that Google has attempted to compete with the social media king. Remember Wave? The big difference is that Google Plus is picking up traction with over 25 million users, and it’s still only in beta!

Google Plus has a minimalist appearance, yet still resembles the interface of Facebook. There are some added features and benefits that Facebook doesn’t have:

How Does Google Plus Work?

You must have a Gmail and an invitation from another user to start a Google Plus account. Google Plus was launched in beta testing mode on June 28, 2011, though it’s not hard to get an invite. Just ask a user there to send you one. Rumours have also circulated that if you fill out your Google Profile, you are more likely to receive an invite. Google Plus was expected to go public on July 31, 2011, but the date has been moved back (more on this later).

Once you have your invite, you can start checking things out. Using your Gmail, you can go through your contact list and add friends. You have some basic groups already there for you to add to, such as “Work”, “Friends”, and “Family”. You can also get more creative such as “Internet Marketing Extraordinaires” or “Quilting” circles as a couple of examples. Look around, try a hangout if you’d like. It’s really easy to use if you’ve ever used Facebook.

Facebook google Google Plus
Older Post White Hat SEO Techniques: What Are They?
Newer Post Does Your SEO Plan Include Google Plus for Business? Part 2 of 2