Does Your SEO Plan Include Google Plus for Business? Part 2 of 2 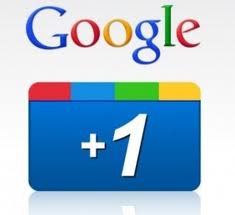 The Google Plus for Business plan will go into beta soon, and it is expected to link to features such as Google Adwords and Google Analytics. Google expects that it will take some testing to get out of beta as they observe how different companies interact in Circles and Hangouts.

If you have thought about making your Google Plus account a business account in order to get a jump ahead on an SEO plan, don’t do it. Moderators have been consistent on banning these types of accounts. There’s a huge downside to getting a Google + account banned since it is linked into your Gmail, you could lose everything, including your email, Picasa account, Calendars, and Network; however, you can fill out your profile for Google Business.

SEO and the Google +1 Button

Right around the time that Google Plus came out, Google also discontinued their Real Time Contract with twitter to show twitter feeds in the SERPs. If you have a Google Plus account, the Google +1 button will show up in the SERPs if you are logged in to any Google account including Picasa and YouTube. Essentially, this may replace any of the functions that were discontinued with the Google Real Time function.

You can find out more about which cookies we are using or switch them off in settings.

This website uses cookies so that we can provide you with the best user experience possible. Cookie information is stored in your browser and performs functions such as recognising you when you return to our website and helping our team to understand which sections of the website you find most interesting and useful.

Strictly Necessary Cookie should be enabled at all times so that we can save your preferences for cookie settings.

If you disable this cookie, we will not be able to save your preferences. This means that every time you visit this website you will need to enable or disable cookies again.

to collect anonymous information such as the number of visitors to the site, and the most popular pages.